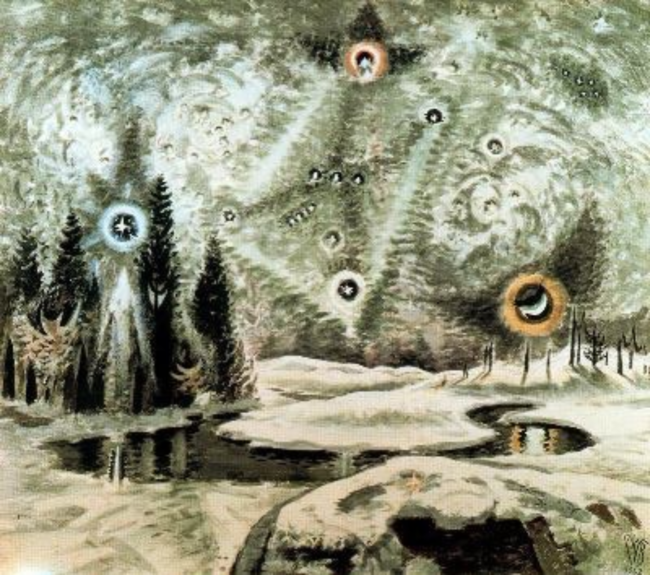 Today we are crossing over the magical threshold of the Winter Solstice on our annual journey from Darkness into Light. From now until the Chinese Solar New Year that begins on February 4th, 2018, we are in a period of flux, as one cycle winds down and another is birthed. During this transition, major shifts in our Planet’s Light and Energy body occur as matter rearranges itself. It is a time to reflect on the cosmic and earthly cycles that play such a fundamental role in our lives. They underly and influence not only our physical well being, but our psychological and spiritual health as well.

During the cycle of the winter solstice, there is an ancient tradition that many cultures around the world still practice. That is the veneration of the evergreen tree, which symbolizes longevity, peace, wisdom and harmony. It also holds another gift, the pine cone.

The Pine cone has long been a symbol of enlightenment and offers a beautiful example of sacred geometry. At its base, you’ll notice that its scales form a perfect Fibonacci spiral in either direction. Esoterically, the pinecone is the symbol of the “pineal” gland which is located deep within the center of our brain, in the third ventricle. It is a very tiny gland (the size of a grain of rice) and is shaped like a pine cone.

The pineal gland controls the internal clocks that are affected by the movement or journey of the sun. As the daylight hours shorten, it releases the chemical melatonin, to regulate sleep and wake patterns, mood, growth development, and tissue function. It is continually monitoring the balance of light and darkness within out systems. The intimate relationship between the winter solstice, pinecone symbolism and the pineal are real!

On a spiritual level, the pineal also rules over our consciousness and when activated together with the pituitary gland has the ability to help us awaken and transcend into a higher state of being. It enables the intuitive Third Eye which receives cosmic energies through the Crown Chakra – linking the physical world to the spiritual and inter-dimensional realms beyond time.

Although much has been written on the pineal, there is some mind – blowing information was discovered by the amazing chiropractor and radionics practitioner, Ruth Drown. In the mid thirties, she developed a camera which she named RadioVision that recorded photographs made from the blood crystal of a patient.

She was able with her camera and radionics machine to create black and white photographs of the inside of the human body regardless of the geographical distance between the Instrument and the patient. She used a drop of the patient’s blood to connect with the client and was able to record the energetic patterns of the human body as long as the client was alive. It was an extremely successful system of diagnosis and therapy and was utilized for twenty five years with thousands of patients. She took pictures from clients around the world and was able to diagnose both their illness and treatment. I have seen one picture taken while she was in her office in Hollywood and the patient was being operated on in Paris. She recorded the knife of the surgeon on her photograph just as the operation was taking place. You can see the knife inside of the person!

Now to relate this to the winter solstice and the pineal gland. Ruth Drown found that when we are born, the pineal is in an upright position for a couple of weeks. Then it moves into a horizontal position for the rest of our lifetime, until a couple of weeks before our death. At this point, it moves back into the upright position! At both birth and death the pineal is in a vertical position. There is much wisdom to ponder here. The pineal gland is definitely connected to the cycles of life!

If you are interested in reading about Ruth Drown, I have created an Amazon link on my website, to the only book that talks about her life and discoveries, “The Cosmic Pulse of Life,” by Trevor Constable. In this fascinating book, he also discusses other luminaries such as Wilhelm Reich.

Wishing you a peaceful and meaningful Winter Solstice!

Now is a good time to book your “annual” Feng Shui consultation!