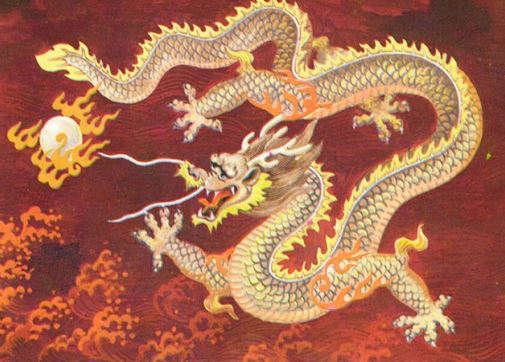 When looking at the Feng Shui of a home or business, we are always concerned about the building’s shape, magnetic direction, it’s interior environment, the flow of qi within the structure, the placement of furnishings, electromagnetic fields and the impact all of these energies have on the occupant’s health and well being.

Feng Shui is about creating an environment that is in alignment with the “healing forces of nature.” But, there is one obvious health hazard that is often overlooked and blindly accepted as a modern necessity- the microwave oven. This appliance produces “sha” – negative qi. Microwave ovens are in 90% of America’s kitchens and many lunchrooms. Most people think there are no negative health effects from the microwaves.

Many are now aware (or should be) of the danger of standing in front of a microwave oven when it is turned on because of the leakage from the oven door of microwaves into the environment. If one stands holding a fluorescent tube in front of the oven when it is turned on, it usually will light up without being plugged into any source of electricity!

All microwave ovens contain a magnetron which is a tube in which electrons are affected by magnetic and electric fields. They produce microwave radiation that vibrates 2.4 billion times per second. This energy acts on the molecules in food, particularly water molecules, causing them to vibrate rapidly. This rapid movement generates friction and thus heat. Vibration is so violent that molecules are often torn apart or deformed, thereby changing the chemical makeup of the food.

The Russians have done the most extensive research into the dangers of microwave ovens. In 1976, microwave ovens were totally banned in the Soviet Union and they issued an international warning about the biological and environmental damage that can result from using this appliance. Using highly sophisticated measurement equipment they made the following discoveries:

Carcinogenic compounds were formed in virtually all foods tested under normal cooking conditions. No test food was subjected to more microwaving than neces- sary to accomplish the purpose i.e., cooking, thawing, or heating to ensure sanitary conditions.

In 1991 Dr. Hans Hertel a retired Swiss food scientist and Lausanne University Professor Blanc did a ‘blind’ study of the effect of microwaved versus ‘normal’ foods.
They found microwave cooking changed the nutrients of food. These were not healthy changes, but changes that could cause deterioration in human systems.

In 1992 a Swiss court issued a gag order against Hertel and Blanc. A ferocious attack ensued. In 1993, Hertel was convicted of “interfering with commerce” and prohibited from publishing. In 1998 the European Court of Human Rights held that the gag order was contrary to the right of freedom of expression. Switzerland was ordered to pay Hertel compensation.

There are many sites where you can read about the dangers of microwave ovens. Research is currently being done in England to see if there is a link between the current obesity epidemic and the lack of nutrients of microwaved foods. A good alternative is a convection oven which is just a toaster oven with a fan. It cooks faster than a regular toaster oven, more evenly and isn’t destroying your food.

The perfect Feng Shui remedy is to throw your microwave away…NOW!!