October is always ruled by dog energy. These Dog months tend to be unstable because we are leaving autumn and entering into the winter season. During this month, the seasonal fire element begins to die as we move into the colder, wet season of winter, so the dog month is known in Chinese astrology as “the grave of fire.”

In the Four Pillars of Destiny, the Dragon and Dog are said to be the rulers of the gates to “Heaven and Hell. The Dog is related to the underground; death, spiritual, occult and conspiratorial matters. It is interesting that in Greek mythology, Cerberus the dog, guards the gate to Hades and in Egyptian mythology, Anubis the dog, guards the gate to the Duat. Garm is the name of the Norse Dog who guards the underworld gate. The dog seems to be the chosen animal to guard the gate to Hell! This is specially true this month with the Yang gold medal dog ruling.

Expect to see many revelations come to Light from the underworld of religion, politics, economics, fake news and conspiracies this month!.
On top of this, October, is frequently called “Black October,” because the stock market usually goes through bouts of instability as the investors feel the uncertainties of the month. 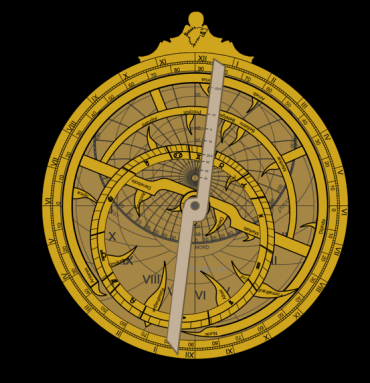 While doing some research on sidereal time (star time,) I remembered years ago there was so much chatter about 1:30 pm sidereal time, being about a half hour of heightened intuition. So, I decided to investigate what had become of that phenomena. I was shocked to find it had been a 20 year research project with 22 studies and 1, 524 trials at Stanford Research Institute – SRI – famous for their Remote Viewing Programs and sponsored by the CIA.

The scientist who did this research was James Spottiswoode an American physicist who has carried out psi research, notably in remote viewing, with an emphasis on seeking physical correlates to psi performance. He worked with SRI remote viewing programs later at
SAIC, where the program moved and at the Global Consciousness Project with their worldwide random generators network.

There are two types of Chronos time – solar – based on the sun’s movement and sideral – based on star’s movements. Sideral time is used by astronomers and other scientists and researchers to keep track of celestial objects. It is based on a time scale of earth’s rotation in relation to fixed stars in the sky, and was used to discover the mysterious nature of such astral phenomenon as pulsars.

Spottiswoode discovered significant data showing that remote viewing in sidereal time is directly correlated with success, or lack there of, based on our orientation to the center of the Milky Way Galaxy. At a certain point during the day, our zenith, or the point in the sky directly above us, aligns with a particular point in the galaxy. Rather than measuring time based on the Earth’s orientation with the sun, one can measure time based on Earth’s orientation to this galactic point. Days measured in this sense are shorter than solar days by about 4 minutes, lagging by a little more than 1 day per year.

He found that there are peak times during the day when our orientation to the galactic center can enhance success with remote viewing and psychic ability. By examining the time of day when the sessions were being conducted, based on solar time, he kept finding discrepancies. But when organizing the data based on sidereal time, he found a correlation. At 13:30 local sidereal time (LST), the data showed that one would have 400 percent greater success in remote viewing. At this time, our planet is oriented with the Milky Way so that the galactic center is located directly on the horizon. This daily period of peak psychic cognition lasts for about three and a half hours, from 12:45 to 14:15 h LST. When the center of the galaxy is directly overhead, psychic cognition drops to its lowest point, between 17:30 and 20:00 LST. I didn’t realize the this spike in intuition lasted for about three and a half hours! Looking at my current solar time, it is 11:58 – but my local sidereal time is 11:49. They are very near each other now, but will gradually move further and further apart. There are apps for cell phones that give you the LST.

If you want to optimize your intuition, make sure you are in the 12:45 – 14:15 LST and the solar forecast is clear. The two pictures are of
Astrolabes, They are devices used to calculate the LST before we had apps!

Wishing you an “intuitive” month!