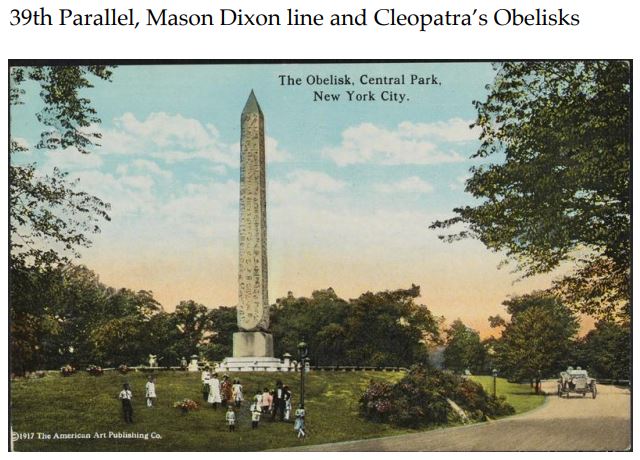 Since it is the Fourth of July weekend, I decided to revisit a newsletter I wrote four years ago about further research I had done on the “Amazing 39th Parallel.” I think the info is really relevant today considering Washington DC is celebrating its 245th birthday without its traditional parade and concert (one will be televised,) while Beijing is jubilantly celebrating the 100th anniversary of the Chinese Communist Party with a huge celebrations and a parade this week. They both are on the 39th parallel! “In esoteric circles, I had heard that it was the most powerful line of force on the Earth and was also referred to as the central nerve circuit of our planet. After a vast amount of research and dowsing, I realized this had to be true because of all the important cities and structures worldwide that were placed on or near it. Even Tesla tried to get as near to the line as possible to do his Colorado experiments!

I knew that Washington DC had purposely been constructed on the 39th parallel (they even had to drain a swamp to be on it,) but also found out that Thomas Jefferson personally financed the Lewis and Clark expedition to survey and extend the existing Mason Dixon Line. Charles Mason and Jeremiah Dixon, both Master British astrologers and surveyors, created the line originally on the 39th parallel to separate the southern slave states from the north. Is it coincidental that the same line of latitude that separates the North from the South in America also was chosen to separate the North from the South in Korea?

Starting in Washington DC, the line crosses the Serpent Mound in Ohio (native Americans knew), the pyramid ruins in Southern Illinois, the future home of the CIA, our emergency government in Denver and the Bohemian Grove. It, however, does not end at the Pacific Ocean, but extends out to the border of North and South Korea and on to the Forbidden Palace in the center of Beijing and then on to Mount Arat and the Oracle of Delphi.

Initiates who knew the particular magnetic energy of each invisible line of latitude consciously chose all of these locations. So, when the two presidents of North and South Korea shook hands and pledged to end decades of conflict and sign a peace treaty, ( 2018) they were doing so on a magnetic line of energy that connects and affects both Washington DC, Beijing and all points in between. We have sunk so far into matter and the chaos of our current physical world, we cannot see that many world events are being influenced by higher, unknown, mysterious energetic forces.

Recently, while listening to an X episode on Dark Journalist, I found out more information about Jeremiah Dixon. His great nephew, John Dixon, who lived in London, was a Freemason and a British engineer. He was responsible for the almost impossible task of shipping a pair of gigantic obelisks, nicknamed Cleopatra’s Needles, from Egypt – one to London and one to Central Park in New York. There is another matching pair located in Paris and Alexandria. The Egyptian Pharaoh Thutmose 111 commissioned the two pairs for the Temple of Heliopolis on the banks of the Nile in 1450 BC. Each obelisk is 71 feet tall and weighs 244 tons.

There is a really engrossing book on the Cleopatra Needles – “Cleopatra’s Needles: The Lost Obelisks of Egypt.” It is a fascinating account of an iconic Egyptian monument, the obelisk, and how its most famous examples have come to reside in three of the world’s capitals. The story of securing and shipping the obelisks is filled with adventure and intrigue! I am still researching for the hidden reason why the three most massive, valuable and impressive obelisks from Egypt were shipped to New York, London, and Paris, and looking at the latitude they were placed on. Knowing that it was a Masonic endeavor means there is more to it all than meets the eye! New York recently spent $500.000 to clean and repair the Needle in Central Park.

Another interesting fact about the Dixon’s deep involvement in America’s history is that Jean Dixon, the world famous physic who consulted with President Nixon over 70 times on major world decisions, married into the Dixon bloodline in Washington DC at age 19! It is also documented that FDR and Reagan consulted with her several times. Jean Dixon even predicted that Donald Trump would become president one day and gave the prediction written on a signed letter to Nixon. Nixon gave it to Trump who now proudly displays it in the Oval office!! Hmmmmm…

The Dixons definitely played, and maybe still do, a major roll in the
esoteric history of America and the world.” 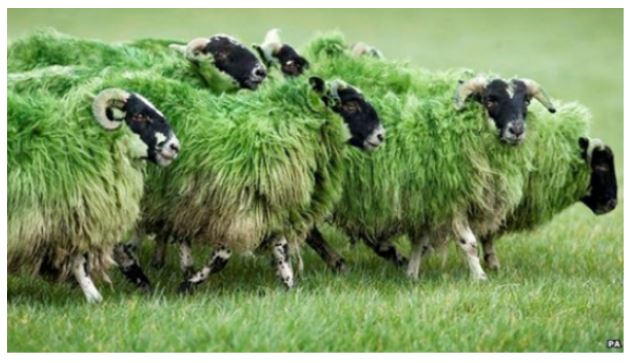 The monthly Wood Sheep, is a contemplative energy that promises a respite from last month’s emotional “war horse’ energy! The Sheep is the eighth sign of the zodiac representing female (yin) energy and is predicted to bring a more quiet, thoughtful, introspective quality. The yin earth sheep however, when combine with yin wood, symbolizes a dry desertlike environment. The yin wood element, which is described as gentle grass or bamboo is trying to grow on harsh arid land since there is no water available in the Yi Wei combination – only earth, wood and fire. This seems so on point as we are now facing such severe drought.

Wishing you have a wonderful July 4th weekend!