The Summer Solstice and the Tropic of Cancer 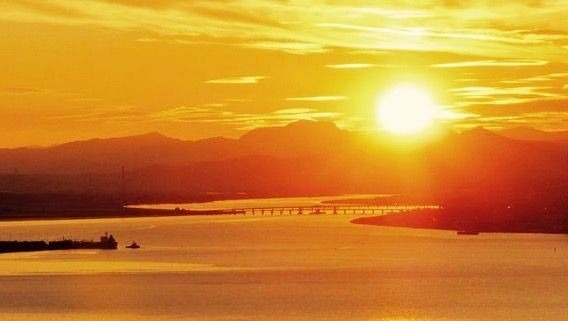 In 2018, “Wu Wu,” the Yang Earth Horse, rules the month of June. I love that name! Wu Wu said aloud in English seems to sum up the current fake news we are all swimming and/or drowning in. The Heavenly Stem 天干 this month which is Yang Earth 戊 mirrors the Heavenly Stem 天干 of the yearly Brown Mountain Dog. This means there is a lot of stubborn, righteous, tough, conservative, energy in the air. It is interesting that both Donald Trump and Kim Jong- un have the dog as their year master. Trump is a fire – dog and Kim Jong-un is a water – dog. This means there will be a lot of dog energy at the historic Korean summit next week on June 12th. Hopefully, the monthly yang earth horse energies will help to curb any potential dogfights!!

During the summer solstice, which begins on June 21st this year, our physical sun is the furthest away from Earth for the year and the energies of our “invisible” sun and the “invisible” sun of Saturn are the closest to Earth! The ancients knew that our planet revolves in an elliptical pattern around the sun and every ellipse has two centers. Therefore, our visible sun forms one center, and the other center is called “the black, invisible sun.” Each planet in our solar system creates different elliptical patterns, so there are a multitude of black invisible suns. Jung was very captivated with the powerful energies emanating from these invisible suns and you can read about them in his famous “Red Book.”

The Tropic of Cancer is intimately connected with the Summer Solstice in the northern hemisphere. It is an imaginary line that weaves around the 23.5° line of latitude north of the equator and runs through Baja, Mexico, the Bahamas, Cuba, Egypt, Saudi Arabia, India Southern China and Hawaii. 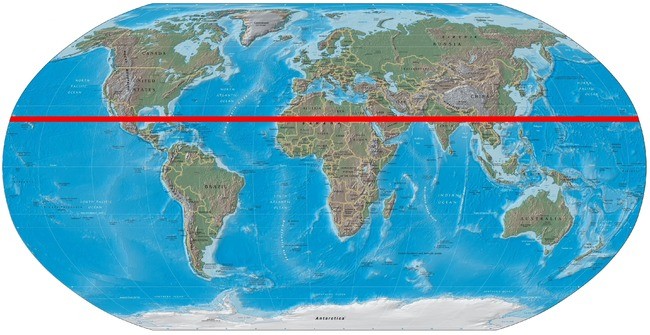 Our ancestors likened these two invisible lines of force waving back and forth over the 23.5° latitudes north and south of the equator to be like two strands of DNA spiralling in and out across the spine (equator.)

From Baja, the Tropic of Cancer weaves across hundreds of sun (or solar) temples as it winds around the Earth. It is interesting to realize that the word “temple” comes from the root “temp” which means time. This means sun temples were purposely built on powerful magnetic Earth locations and positioned to face exact magnetic directions to record important cosmic events.. In Mexico, one of the most famous sites is Teotihuacan. Like most sun temples, researchers have found advanced knowledge of the Earth and cosmos encoded in its dimensions. 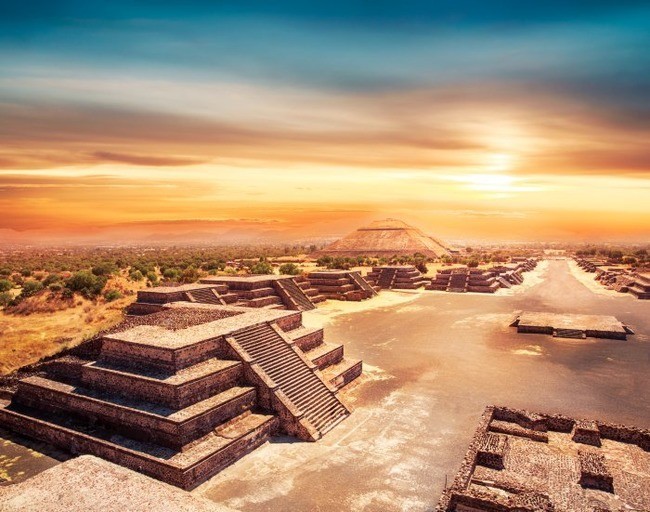 Leaving Mexico, it flows across Havana, Cuba. No wonder America and Russia fought for so long to gain control of this powerful location! From here, it crosses many ruins in the Sahara Desert (which was a tropical desert only 6.000 years ago) and comes to Elephantine Island, which is located in the middle of the Nile. Here it marked the gateway to Africa – between Nubia and Egypt. Elephantine Island was once the location of a Sun Temple where mankind was created by the ram headed god, Khnum. The 23.5° line also crosses the stone circle at Nabta, which is the only megalithic circle in Egypt, and one of the first examples of an astronomical observatory in the world.

Moving further west, the Tropic of Cancer crosses through the center of Hijaz, the Sacred Land of Saudi Arabia where Mecca and Medina are located. It then flows in a straight line across more than 20 sun temples in India.

Although I have listed only a few of the hundreds of the sun temples, many which are currently in ruin, it is clear our ancestors were diligently tracking the annual path of the sun and conducting their lives to live with the flow and rhythm of seasons. Each of these temples was specially designed to receive the rays of the sun inside the sanctum sanctorum, on special days like the Summer Solstice. We have to marvel at their astrological knowledge, wisdom and architectural skills.

In the last newsletter, I offered a link to download your “best sleeping” directions according to Classical Feng Shui. With all of the fear, uncertainty, chaos and fake news surrounding us, it is really important to get a good night’s sleep! This is a Free Report that shows you how to get the best night Sleep possible utilizing Traditional Feng Shui Sleeping Directions.

You can download the report and start getting a better night sleep here – //www.invisiblearchitecture.com/best-sleeping-directions/

Wishing you a meaningful Solstice wherever you live!