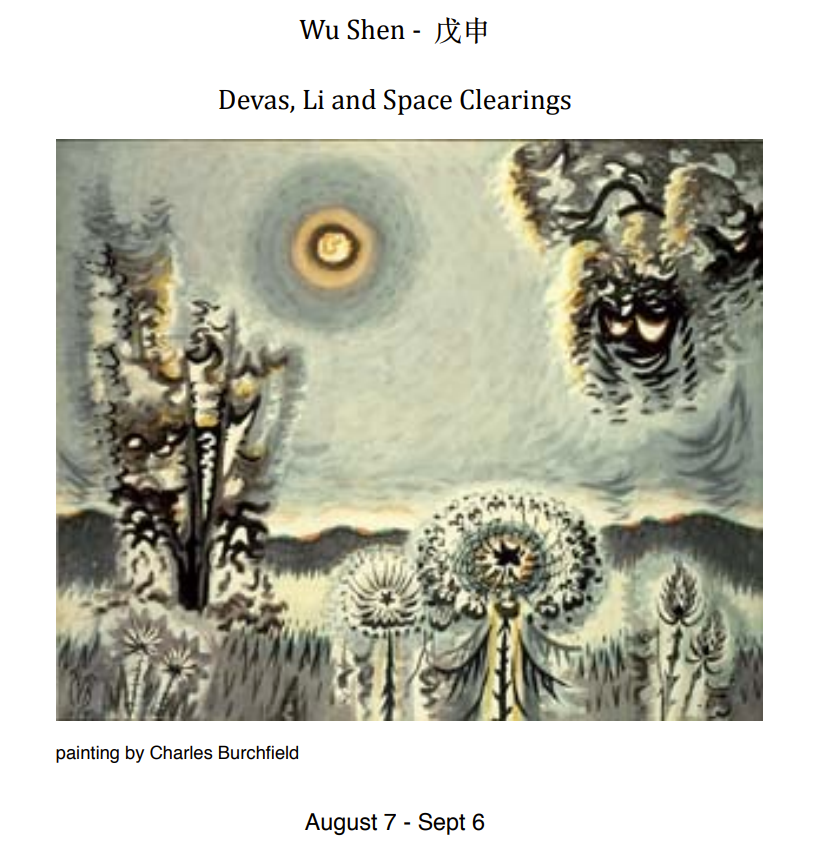 This month is ruled by Wu (yang earth) seated on top of the metal Shen (Monkey.) This is a very friendly, agreeable, innovative, and strategic sign.

The problem is that all of these great strong, solid energies are in direct opposition to the Yearly Triple Water Tiger. The Monkey and Tiger are in major conflict and the mixture of Earth and Water makes for “muddy communication!” We don’t have to look far to see this is a global problem that portends to get even worse this month. The solution is for each one of us to be conscious and to not contribute to the mixture – to set the tone for personal harmonious communication.

On top of this, August is also known as the month of the “Hungry Ghosts!” Here is an excerpt from the August newsletter I wrote two years ago about the Hungry Ghosts during the pandemic. “Celebrating the Hungry Ghost Festival is all about looking after hungry, discontented, wandering souls.

These are ghosts without families to care for them or people who died because of unfortunate events like pandemics, war, murder or suicide. Families do everything they can to placate these unhappy spirits with gifts of food, money and other supplies. Though primarily intended to prevent these ghosts from causing trouble in their own lives, the customs of Ghost Month do raise a certain mindfulness about making space in our world for those who have fallen out of society.”

In 2020, I wrote about Tecumseh’s Presidential Curse which stems from an 1840 dispute between U.S. President William Henry Harrison and Shawnee Indian leader, Tecumseh. Some believe the curse is the reason that Harrison, and every following president who was elected in a year ending in zero, died or was prevented from serving his full term in office. Harrison went on to be elected U.S. President in 1840, but never finished his term.

He died in office of pneumonia several months after being elected.This pattern of dying in office, resigning, or other disruptions, has continued for 20 years:

There is so much misinformation and subterfuge going around about the President Biden’s physical health and mental state, that it looks like the curse may continue!

Recently, when reflecting on the Deva of the Chartes labyrinth (I wrote about last month,) I started thinking about the myriad of devas that are both within and without all of us. Any form, on any plane, has a deva which is described as the container or body of that form. Nature of the Soul says the kingdom of devas is a parallel evolution of substance or intelligence with consciousness – both kingdoms evolve together and are interdependent. Behind all form (devic) on any plane there are four frequencies: earth, water, air, fire and water – or esoteric light, sound, color and vibration.

Standing in the center of the devic body of the labyrinth recently, I gazed out further to the Deva of Forest Lawn Cemetery, then to the deva of Los Angeles and then to the deva of California and realized it is like the stackable Russian Dolls and how each one affects and conditions the others from microcosm to macrocosm. Any form, organic or inorganic. that can be named from a ritual to a country to a head of cabbage has a deva and consciousness. The etheric energies often seen around large devas are frequently described as different colors of flowing clothing. Recently, a physic who came to the labyrinth with me exclaimed,” This deva has such beautiful flowing robes!”

In Chinese teachings, The tao (order of the universe – a form of prime matter that is infinitely changeable) has a certain kind of order called Li that is neither symmetrical nor geometrical. We recognize it as a patterning based on the order of “flow.” It is the ever present flow that is always moving through nature and creating random ordered shapes and events that seem beyond definition. It is the devas of form.

Li, can mean, “how patterns in nature form random shapes, yet seem ordered in a way that we can never define.” When we look up at the sky, we don’t think, “ Oh, the clouds are so messy today,” or “The forest is so tangled and cluttered this year!“ We look at nature and think it’s perfect and realize every cloud, cloud system, tree and forest has an organizing principal – the deva.

Alan Watts described Li as, “the asymmetrical, non-repetitive and unregimented order which we find in the patterns of moving water, the forms of rocks and trees, of frost crystals on windows or the scattered pebbles on the beach.” Hundreds of years ago, Chu Hsi said, “it moves in the world in continuous cycles without a single moment of cessation. None of the myriad things and activities be they large, small, fine or coarse would be possible without the ever flowing presence of Li in them. So, my mind – (my heart) also receives it. Li never ceases to stay in my mind for a moment.” From this, it can be seen that Li is a cosmic ordering and organizing principle that embodies all patterns of existence. It is never fixed – it is dynamic patterns, patterns within patterns, that exist in both time and
space.

With all of the swirling chaos around us, it is important to take a moment to be present and to observe how everything in the universe is connected and flowing! Where it stagnates, problems develop.

And remember, your home is a deva! This is why it is good to have periodic space clearings to etherically cleanse and honor the deva that provides you with daily protection from the outside world. This is especially important after the past couple of years where we spent so much time in our homes being bombarded with fear and misinformation. This astral energy is embedded into your walls and furnishings and needs to be cleared away and reprogrammed. Let me know if you would like to schedule a professional clearing. Among other tools, I use special lasers that are programmed to remove negative, stagnant energy and imprint clear fresh patterns..

This week I will be one of the presenters in the following seminar – that begins today.

Revealing the Secrets to Creating Your Life of Prosperity, Purpose and Freedom! Free Interview Series

To join the free seminar – https://bit.ly/3yx8Xsa