The History Composition and Benefits of Shungite 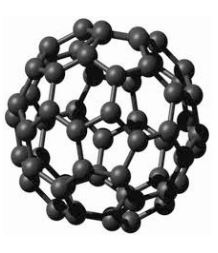 Shunghite is an unique mineral estimated to be about 2 billion years old that was brought to earth by an ancient meteorite. It contains almost the entire periodic table of the elements and is found in only one place on earth – an ancient mineral deposit near the small settlement called Shunga, located in the Lake Onega region of Russia near the eastern border of Finland. From ancient times, the local residents were aware of shungite’s mysterious “great power.” It gained widespread popularity, however, when Peter the Great created a spa in Karelia after experiencing the incredible healing and antibacterial properties of the water. He was so impressed, he mandated that all of his soldiers carry shungite stones with them not only for energetic protection, but to purify their drinking water.

The uniqueness of this form of carbon is that it is composed of globular hollow molecules known as fullerenes. Fullerenes are also called ‘buckyballs,” because they follow the same architectural pattern of the geodesic domes created by. Buckminster Fuller. Fullerenes were discovered in 1985 by Robert Curl, Richard Smalley, and Harold Kroto who were involved in the study of interstellar dust. In their research, they managed to synthesize a new super solid form of of carbon – fullerenes. The importance of this discovery is that until that time, :scientists were aware of only three modifications of carbon; diamond, graphite and carbyne. The discovery of the fullerenes was a real breakthrough in nanotechnology and was declared a major sensation of the 20th century. The scientists who discovered it received the Nobel Prize for chemistry in 1996.

In 1992, after the discovery of the fullerene molecule in laboratory conditions, the world was shaken by a new discovery. Semen Tsipursky, a Russian geologist, brought a small piece of Shungite with him when he decided to immigrate to the United States. There, doing research with Peter Buseck, his American colleague, they discovered that the piece of shungite contained fullerenes. They had discovered fullerenes in their natural state.

The scientists checked their suspicions in the largest science and energy laboratory of the U.S. Department of Energy. By conducting various experiments, Bob Hettich, the leading scientist of the laboratory, confirmed the presence of fullerenes in shungite, noting that he would have expected to find them in meteorites, due to their special composition.

Shungite is a natural mineral that is about 98% carbon by weight. As we know, carbon is the basis of life on the Earth. Modern scholars view the emergence of life on our planet as a complex process of the evolution of carbon compounds. They believe that these compounds also serve as a carrier of life to other parts of the universe.

Truly a marvel of the natural world, shungite offers protection against the perils of our modern technological world and provides healing for both body and spirit. 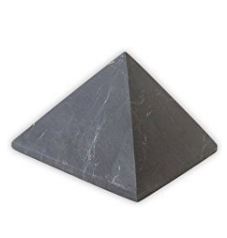 It excels in the purification of both water and air, protects us from manmade electromagnetic radiation, and increases the immune system strength of plants, animals and human beings.

If you Google “fullerene,” you will come up with over 400,000, mostly scientific, research papers. Unfortunately, much of the research into Shungite has been done by Russians and their conclusions are not yet translated into English.

This link will take you to 3 informative videos with Doctor of Technical Sciences Yuri Kalinin who is the most well known Russian authority on Shungite: https://www.youtube.com/watch?v=AjzzDBujENk

The book “Shungite Healing, Protection and Detoxification” by Regina Martino cites many double-blind scientific and medical studies on shungite. She explains its many protective, healing, and detoxifying properties, including its ability to counteract the harmful effects of electromagnetic fields and radiation from computers, cell phones, WiFi, and other electronic devices and appliances.

How is Shungite used?

Purification of water – It removes almost all organic compounds, including bacteria (and other microbes), nitrates, heavy metals, pesticides, volatile organics, chlorine, and fluoride in water. It also removes pharmaceuticals. One of the reasons shungite has the ability to neutralize water borne contaminants is because the fullerenes within its composition hold a tremendous amount of hydrogen. Shungite has been used commercially in Russia as a water purification media since the 1990s. It is now being used extensively in Korea and China for water purification, also.

Shungite water acts as a natural antioxidant, immune booster, pain reliever, and allergen suppressant. It can be used both internally and externally to treat skin ailments and musculoskeletal diseases, accelerate the healing of cuts and wounds, cleanse internal systems, increase the body intake of vital energy, and improve the elasticity of the skin. Shungite water can be made by allowing the shungite to soak in a container of water for up to 72 hours. It can then be applied externally or internally by drinking 1 glass of the water a day, first thing in the morning.

It enhances growth in vegetation – use shungite water as a fertilizer

EMF, microwave, and nuclear shielding materials: According to Russian and Ukrainian research, fullerene-rich shungite has the ability to neutralize numerous forms of negative energy. It attenuates (weakens) electromagnetic emissions essentially providing protection from electromagnetic fields. The research by Tula Scientific and Research Institute “New Medical Technologies” has shown that the presence of shungite materials close to the source of cellular frequency radiation significantly weakens their effect on the human body while at the same time strengthening the energetic field of the person. (reason to carry some stones on your body)

Shungite modifies the influence of electromagnetic radiation by transforming the radiation into biocompatible elements (right handed torsion fields.) It does not become saturated, nor does it take on a negative charge.

Shungite also has electric conductivity properties. This is said to be one of the main reasons it provides shielding and protection from EMF radiation from things like TVs, computers, microwaves, cell phones, and other items.

Balances the human energy body: Of all the stones tested by both geo-biology and bioenergetic practitioners in Europe, shungite was found to create the largest expansion of the vital field (aura), especially around the base chakra. (grounding)

Shungite Healing chambers – are used by both the by Russian Military Medical clinics and civilian clinics; Staying in these room enhances the overall vitality, body resistance, and work efficiency of healthy individuals.

Shungite rooms are also used for the psychological rehabilitation and non-medical recovery of human beings because they correct the energetic bio-field of a person. They have found that being in theses rooms helps patients with depression, trauma, and other emotional and psychological disturbances. Russia is currently experimenting in using shungite rooms in schools and prisons.

How to determine authentic shungite.

There are many counterfeit stones on the market masquerading as shungite as it is a black stone. The unpolished products may make your hands dirty. You may also see silver or gold streaks on surface of polished products. Elite shunghite has a silver cast.

The true Shungite conducts electricity, which is a very rare quality for stones. Conduction is an important property that can distinguish true Shungite from similar looking minerals. If you unscrew the end off of a flashlight and touch the battery with a piece of real shunghite, it will light the flashlight bulb! You can also use a volt meter.

Feel its energy. Just place your hands above the a pyramid or sphere and you’ll feel itsenergy!

You can be assured that the shungite products I am selling are the real thing!

Each item is individually tested for its electrical conductivity.

Click here to See The Shungite Products For Sale