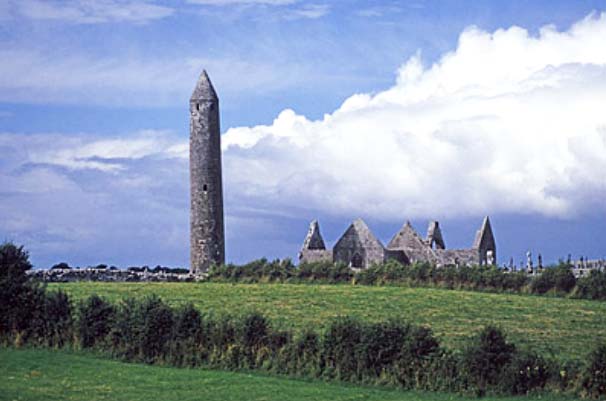 The United States is experiencing a profound rebirth whether it wants to or not.

With all of the explosive energies (fire and metal) whirling about, this is a year to remain cool, centered and aligned to your higher purpose. While reflecting on the current condition of the world with the constant wars. terror attacks. and the resultant refugees, I remembered the mind boggling research done by the renown ornithologist and entomologist, Phillip Callahan.

He discovered that there was an irrefutable relationship between the paramagnetic quality of the soil and cultural conflict that resulted in violence. During World War 2, while stationed in Ireland as a radio engineer, he became intrigued with the 13 round towers he found in the countryside. He noticed that around the towers, the plants, grass and trees were extremely healthy and that the farmers even brought their sheep to graze around the towers. Through experimentation, he discovered the towers were paramagnetic antennaes placed in diamagnetic or low paramagnetic areas to increase the fertility of the land and to bring the magnetic field lines of the earth into alignment. Paramagnetism is a force that moves toward a magnet (yang) and  diamagnetism is a force that move away from a magnet (yin,) The atmosphere, rocks, stone, and soil (inorganic) tend to be paramagnetic, while plants, water and most organic forms including humans tend to be diamagnetic. The two forces work hand in hand.

Callahan found that the ancients built their round towers, pyramids, stupas, cathedrals etc. with highly paramagnetic stones like granite. He discovered that both the shape of the structure and the paramagnetic qualities of the stone worked together to imbue plants, animals and humans, the entire environment, with health and well being. He postulated that paramagnetic soils facilitated the flow of electromagnetic forces from the atmosphere to plants.

However, he began noticing that where there was low paramagnetism in the the soil, agriculture was more difficult, and there was more political strife and warfare in the region. He became fascinated by this phenomena and decided to fly to many global areas of strife (war zones like Yugoslavia) to measure the paramagnetic quality of the soil. Every “hot spot” he tested had low paramagnetic qualities as well as low readings of the Schumann magnetic resonant waves (they go hand in hand.) To test that his hypothesis was correct and it wasn’t just the mismanagement of the land or the mindless placement of human structures causing the effect, he decided to visit some headhunter tribes in the Amazon!!

In the river delta, where the soil was deep and extremely paramagnetic, he found gentle, friendly natives living, but when he traveled upstream to where there was almost no soil, just thin dirt over networks of roots, he measured very low paramagnetic energies, The natives here very dangerous and extremely hostile headhunters! These findings show how important good, healthy soil is to our well-being. The current use of tons of pesticides, insecticides and weed killers are resulting in our destruction. Without strong paramagnetic minerals in our soil, we become ungrounded and our culture tends to fall apart. We need to change our current agricultural mindset for our survival.