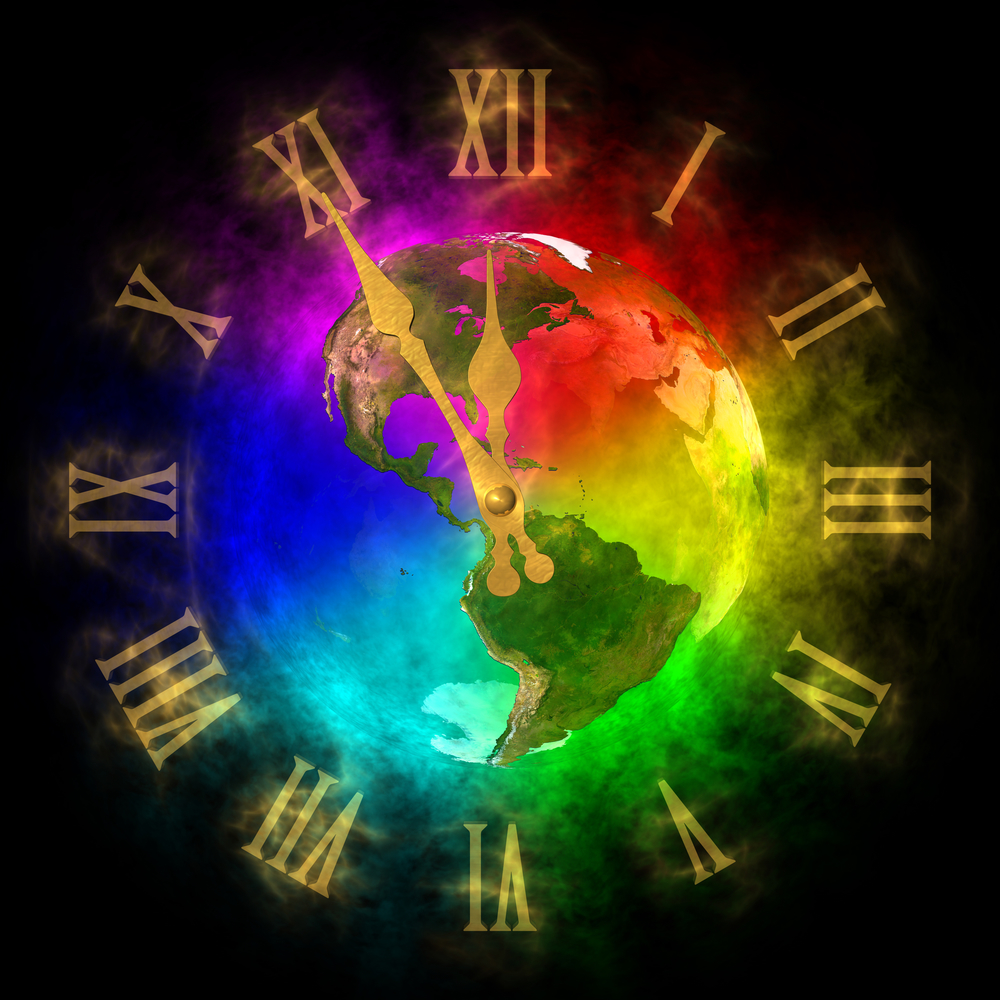 I recently read a fascinating book called “The Geography of Time.” We’re so used to equating geographical locations with space that we overlook the possibility that time is also geographical.

In this book by Robert Levine, he explores the ways different cultures perceive time and how that perception correlates to a variety of different facets of the society. He discovered that cultures perceive time either through events or through clocks. Those cultures that went by event time tended to have a slower tempo of life and lived near or below the equator to the South. They also lived more in present time that cultures to the north.

Levine’s researchers measured the signature tempo of 31 different sized cities in 20 different countries They timed how long it took people to walk 60 feet and how long it took postal clerks to sell a stamp and make change. They also recorded clock accuracy in each of the cities. They then took their research and compared the numbers to a wide variety of statistical measurements to learn what effect the tempo of a place has on the lives of the people who live there. This was a ten-year study and the results were fascinating!

The 10 countries with the overall fasted pace of life were Switzerland, Ireland, Germany, Japan. Italy. England, Sweden, Austria, The Netherlands, and Hong Kong. The 10 countries with the slowest pace of life were Mexico, Indonesia, Brazil, El Salvador, Syria, Jordan, Romania, Bulgaria, China, and Kenya. The United States came in right the middle between the two categories. Eight of the ten fastest countries were from Western Europe with Japan and Hong Kong being the only intruders! The amazing thing is that if he went back to measure a city, he would get the same tempo.

Cities of one country also differed greatly. Even though most of the people spoke the same language, there were significant differences in the pace of life. To study the United States, Levine divided it into four areas – Northeast, Midwest, South and West.
In each of these areas, he chose three large metropolitan cities., three medium size cities and three smaller cities. The United States was measured differently and more extensively that the other countries.

In the United States, he measured the pace of walking, the time it took clerks to give change, the number of people wearing wristwatches, and the talking speed. Utilizing these measurements, he found the five cities with the fastest pace of life to be Boston, Buffalo, New York City, Salt Lake City and Columbus, Ohio. The five slowest cities were Los Angeles, Sacramento, Shreveport, LA, San Jose and Memphis.

The Northeast was the speediest. They generally walked faster, gave change faster and wore more wristwatches. California cities had the slowest pace of all which was due mostly to slow walkers and bank tellers. Los Angeles’s score was based on the overall pace of life. They did, however, come in 13th in the number of people wearing wristwatches – definitely a fashion statement!

The book also measured other parameters of life in the United States. Two, I found really interesting, measured people’s charitable contributions (through United Way) and their willingness to help a stranger in need. What is amazing is that the 11 California cities (who measured the slowest in the pace of life measurements) were the “least” generous and helpful to others.

This book really highlights how much we are affected by the invisible energies that shape our life experiences. Every location on Earth has an unique geography of time – a tempo that is reflected in those who live there and it can actually be measured! Where you lived does make a difference in your life. Think about when you have moved to a different location. The ancient Feng Shui Masters knew what they were talking about!”