The month of October has many auspicious dates and only two inauspicious dates, because the Yang Earth Mountain Dog rules the year and the Yang Water Dog rules the month. This is a lot of concentrated dog energy! Since the dog energy is related to death, religious, spiritual and occult matters, Dog years and months are often associated with excavation and archaeology discoveries from underground. One such example is the following BBC report that has received very little press this year. It is truly physical dense “invisible architecture” coming into the light of day!

The landscape, near already-known Maya cities, is thought to have been home to millions more people than other research had previously suggested.

The researchers mapped over 810 square in northern Peten.

Archaeologists believe the cutting-edge technology will change the way the world will see the Maya civilization.
“I think this is one of the greatest advances in over 150 years of Maya archaeology,” said Stephen Houston, Professor of Archaeology and Anthropology at Brown University.
Mr Houston told the BBC that after decades of work in the archaeological field, he found the magnitude of the recent survey “breathtaking”. He added, “I know it sounds hyperbolic but when I saw the [Lidar] imagery, it did bring tears to my eyes.”

This is just one of the myriad of archeological finds this “Dog Year” that are rewriting history.

When looking at the auspicious dates below, be sure your Chinese animal does not clash with the animal ruling the day. Below are the animals listed with their conflicting signs. For example, if you are a tiger, the monkey dates are not good. In October this year, the monkey days, 7th, 19th, and 31st are not be good for a tiger to do anything important. 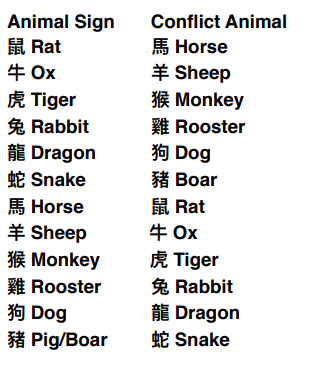 October 7 – Water Monkey – Good for resigning from a job, retiring, or closing a business.

October 13 – Earth Tiger – Good day for hiring long term employees, signing long-term agreements, seeking medical treatment, getting married, opening a business, buying a pet, beginning construction, moving into a new house, renovating a house. A child born today is destined for a prosperous future and you may see an increase in wealth.

October 18 – Water Goat – Good for starting a job, enrolling for a course, proposing marriage, asking for a raise, asking for a favor, closing a business deal.

Since both the year and the month are the dog sign, the dragon is the only animal in opposition. Usually the month and year are different animals, so there are more inauspicious days.

October 15 – Metal Dragon and October 27 – Fire Dragon – – do not do any important activities like opening a business, getting married etc. Your endeavors will be delayed or you will find many obstacles.

Wishing you a wonderful October!