The Sounds of Civilization 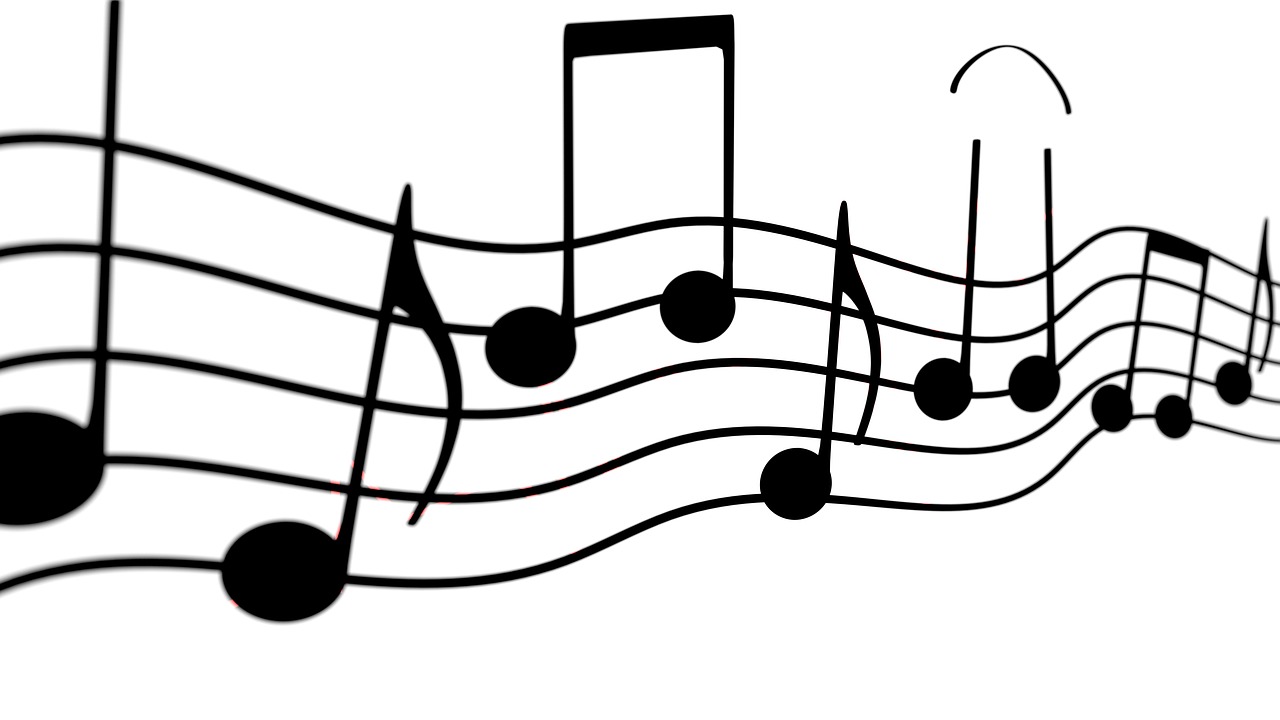 Musics Effect on Humanity and Consciousness by Jill Mattson

“Vibrations, or sounds, can control civilizations!” wrote ancient officials. An outrageous idea at first glance, but many ancient dynasties lasted thousands of years, while we grow tired of our president in merely four years.

I planned to uncover why many rulers believed this. I hunkered down into the study of antiquity… for twenty years, carefully recording musical and esoteric secrets. Esoteric societies guarded sound healing information, believing that whoever knew it – could control people and for the wrong reasons! They refused to document this secret information about healing sounds. Esoteric students were divided according to their moral and psychic advancement into categories such as initiates, disciples, adepts and masters. Secrets of sound were confined to verbal discussions among proven adepts and masters …safe guarding this powerful information. Each esoteric school divulged a few secrets, but I studied so many, I accumulated a wealth of diverse vibratory knowledge. Merely considering these ideas exponentially increased my understanding of the power of music!

Sparse writings from Rudolf Steiner discuss the musical system of the ancient Lumarians and Atlanteans. The earlier civilization, the Lemarians, listened to a descending musical scale, in which the smallest distance between adjacent tones was equivalent to nine of our notes! This music connected the listener with the Divine. Later, the Atlanteans claimed to enjoy a descending musical scale with the notes closer together, yet neighboring notes still represented seven of our musical notes. The Atlantean music connected man to his own Divine Spirit.

In order to hear Lemarian or Atlantean music, one would need clairaudience, as few notes would be within our hearing range. Steiner suggests that man had not “involved” into matter to the extent that we have today, enabling people to hear clairaudiently. These people were spiritually evolved.

The ancient Indian and Persian epochs boasted of a musical system built on the interval of six of our notes. Persian cosmetology mingled with writings about Zoroaster reflect that music escorted man towards a connection with the next lower hierarchy of spirit, the “Planetary Logos,” providing a spiritual experience.

Increased historical documents shed light on music of ancient Egypt and China. Music was believed to be a powerful controlling influence on the population. The rulers regulated and policed the music people heard. By controlling the vibrations that people were exposed to, officials believed they yielded a strong influence over them.

Ancient Chinese rulers believed that each musical note was a connection to the Divine. The rulers orchestrated concerts with 10,000 players, making plentiful and powerful connections to the Divine. In a current comparison, the Latvian country of Estonia sponsors a weeklong songfest every five years. These historic concerts boasted of half a million sound healing singers…a good showing for a country of only one million people. Many credit the historic courage of this tiny nation to achieve independence – to the energy created by this vitalizing, sound healing musical experience.

Ancient Chinese music used twelve notes. Each note was five of our notes apart and was referred to as the “Lu Scale.” Musical sounds floated like the sounds of wind chimes, with no beginnings or endings. Tones still descended and were said to augment the imagination.

As the stars in the skies journeyed across the horizon, this changing energy was believed to influence people (astrology). The music or “musical astrology” changed throughout the year, providing support for personal and emotional challenges caused by the vibrations of planets in motion in our solar system. This musical feng shui varied as energy in nature changed, providing a balancing mechanism for the population! Instruments made out of the various elements were exclusively played at certain times, further engineering the balancing effect of the sound healing music.

In the Greek epoch, tetra chords, two groups of four notes each, created modes, which resembled our scales. These modes characterized personalities. The modes were even named after people who preferred its mood. According to Steiner, this musical system enabled spiritual energy to descend to a greater extent, so mankind could see the world primarily through a physical body.

Many languages became extinct over the ages, releasing their special sounds from human consciousness. Sanskrit, Latin and ancient Hebrew are a few, reflecting the lost sounds of former civilizations. Some believe that as civilizations change, so do their languages — in subtle ways bringing about mental, emotional, and physical alterations in societies exposed to the different sounds. In ancient Greek times, for example, children were not exposed to vowel sounds, as the associated energies were considered too stimulating during people’s early formative years. Many languages, in fact, left out vowel sounds…. As mankind journeys on his experiment with duality, becoming more and more separate from God, not only has passing era’s music vanished, but sounds have been extracted from ancient languages as well! Extinct languages are no longer being heard and affecting us. It is no wonder that some high masses are in Latin, creating a holy feeling – even though no one understands the words.

Control of music shifted to the Catholic Church in the Middle Ages. Initially adopting the Greek modes, they later dropped all but two, renaming them “major” and “minor.” Music prior to this period was a series of ongoing tones. An “amen” was added on the end of Gregorian chants and church liturgy, creating the concept of a beginning and ending in a song.

Earlier writing suggests the sound of the first and third note of a scale sounded together, so harmonious today, was shrill and hard to listen to. As the Middle Ages progressed the third became a staple of harmony, and chords using the 1-3-5 notes of the scale flourished. In a more recent example, the jazz-sound introduced a chord with the seventh note of the scale added, and was considered to be outrageous, scandalous and “the music of the devil.” Today, jazz is not considered sinful, or even racy, but is relegated to soothing elevator music. This suggests that populations get used to new sounds, and in essence harmonize with them. Esoteric writing suggests that such harmonization transitioned people’s consciousness and experiences.

Turn of the century esoteric writing insists that the Renaissance music pulled the population out of the dark ages by introducing the perfection of chords, harmonies and mathematical patterns. The early ornamental classical music inspired the excessively decorated architecture and dress of the time. One mystic writer revealed a concern about cold-hearted people hiding behind elaborate decoration. Hence, Beethoven was “over lit” to create sound healing music that enabled the masses to feel compassion. According to the writing, charities in Europe were recorded only after people heard the music of Beethoven.

During the Renaissance people choose music for the first time as musicians made a living from public performances. Songs changed in key to accommodate singers’ vocal ranges. As a result today’s Equal Temperament tuning system was created to allow easy transition between musical keys. Some liken this scale to “aural caffeine,” saying it influenced the Western Hemisphere to spur industrialization and modernization. In contrast, the Eastern Hemisphere played the older mathematic scales with consonant sounds and developed meditation practices. Now popular music is becoming world wide, lessoning cultural differences.

Popular music styles are changing rapidly from swing tunes, to jazz, to rock and roll, through heavy metal, and on to rap in just sixty years. At this time the changes in our society have also been immense. Sixty years ago it was novel to see color TV. Now fax machines, cell phones and computer games have revolutionized our world. Once again, the sonic vibratory changes precede the physical ones.

Melodies sport sequential notes, displaying a system of two’s… Rap music sounds a rhythmic series of the same note, a musical system of one’s. In conclusion, musical systems throughout the ages reveal a pattern of frequencies becoming closer together, as civilizations learned various lessons. When a musical style stopped – the culture transitioned and was rebirthed with new music. Throughout the ages man incarnated into matter and duality, as the music descended, changed styles and the space between neighboring notes decreased from nine of our notes to only one.

Often people have said that, “time is speeding up!” Often I have wondered exactly what that means. After all, an hour still takes sixty seconds. However, looking at the span of time that I have described, one sees that the Atlantean civilization’s frequency bandwidth lasted fifty thousand years according to sparse records. The Persian Empire and the ancient Egyptian experienced the next frequency bandwidth for ten thousand years and the Ancient Chinese Epoch lasted thousands of years as well. The ancient Greek and Roman Empires were less time and the Middle Ages less still, about fifteen hundred years. The Renaissance lasted several hundred of years and hundreds of years later the emergence of rap music, representing the “music of one interval!” The passage of new transformations in civilization has sped up!

If listening to frequencies closer together precedes further separation from God – then reversing this process facilitates evolution and our journey back to the Divine… and it should be a rapid journey! Listening to ancient musical patterns may expand our consciousness and spirituality…perhaps leading to increased awareness, including that of the Divine!